Welcome to NuQum.com’s media roundup where we review and critique the best and worst our mainstream media had to offer (or not offer) during the past week  Let’s dive right in:

Our first stop is Tuesday morning on MSNBC where anchor, Stephanie Ruhle, offered her audience a sharp interview with veteran Russian journalist, Vladimir Pozner.  After noting that Pozner is the host of a TV show on one of Russia’s state-run TV channels, Ruhle dispensed with the small-talk and launched into the question-of-the-day:

Ruhle:     Let’s just come right out with it.  Did Russia interfere with the (American) election?

Pozner:  It’s difficult to give you a ‘yes’ or ‘no’ answer.  I can only give you what I think.  I think probably they would have liked to have interfered with the election, but I don’t think Russia has the where with all — the instruments — to impact say 160 million American voters.

Pozner started his journalism career in Russia when Nikita Khrushchev was still in power and has navigated some of the most treacherous journalistic waters in history from the period of U.S.-Soviet detente, through the break-up of the Soviet Union, and finally to the rise of Putin.  Pozner is a survivor.  He doesn’t make career-ending mistakes.  Which is why I found his interview with Ruhle interesting, particularly towards the end of her interview with Pozner.

After getting Pozner to dismiss criticisms of Putin by former World Chess champion, Gary Kasporov, she launched into her last question for Pozner.  I don’t have Ruhle’s exact question because MSNBC’s archive video of the interview cuts off right as Ruhle starts the question.  I will paraphrase her question and his answer:

Ruhle:   Do you feel comfortable criticizing Putin from your position as a Russian journalist?

Pozner:  I’m sorry Stephanie.  I did not hear your last question.  With all this traffic noise I could not hear it.

Ruhle:  I’m sorry.  I will ask you again.  Do you feel comfortable criticizing Putin from your position as a Russian journalist?

Ruhle:  I am sorry.  I’ll just say goodbye then and thank you for joining me this morning.

Pozner:  Goodbye and thank you for having me on.

Pozner had no problem hearing Ruhle’s questions during the earlier parts of the interview (though Moscow’s traffic noise was always evident in the background) or when she said ‘goodbye’ to end it.  But at that moment when she asked about his comfort level in criticizing Putin, Pozner suddenly developed ‘selective hearing loss.’

He knew it was one of those moments when there are no right answers.  Play dumb.  Play deaf.  Whatever it takes.  Do what you have to survive to the next interview, the next day, the next TV show.  And that’s what Pozner did with Ruhle that morning — and that’s the part of the interview MSNBC trimmed off for their archives!

Pozner has been doing this for 50 years.   He’s a survivor.  And at this point he’s also an artist and his deflection of Ruhle’s question was nothing short of a small TV interview masterpiece.  Браво Бис! 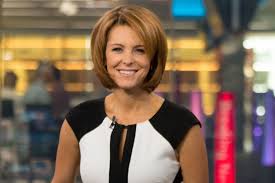 CLICK IMAGE ABOVE TO WATCH THE EDITED INTERVIEW WITH VLADIMIR POZNER

WHERE IS CNN’s “INSIDE THE BUNKER” STORY ABOUT ELECTION NIGHT WITH THE CLINTON CAMPAIGN?

Attacking the prevalence of “fake news” is at epidemic levels right now.  Of course, those of us who still have our copies of Weekly World News’ June 1993 edition detailing Hillary’s adoption of an alien baby know that fake news isn’t all that new, only the number of media channels and speed of its distribution is new.

So, when stories began to emerge about Hillary Clinton’s alleged meltdown/rampage/alcohol-fueled tempest on election night, most sourced to tabloid writer Ed Klein, I ignored them.  But I assumed a real news organization would at some point — soon after election night — reveal the true story of that night.

A sincere curiosity, bordering a bit on voyeurism, powers my desire to know what it must have been like in the Clinton camp on that night.  I’m not the only one wanting to know and this curiosity extends far beyond just my conservative friends’ sometimes cruel appetite for anti-Hillary stories.  This was the biggest upset in modern American electoral history.  That is not hyperbole.  So, why wouldn’t serious people want to know how a candidate handles such a disappointing defeat?  Its history.  I love reading about history.

You can’t be a golf fan and not know about Greg Norman’s legendary collapse at the Masters in 1996.  He blew a six-shot lead by the 11th hole in the final found and by the end of the day he had five bogeys and two double-bogeys to finish his day at 78 and five strokes behind Nick Faldo.

But what makes that collapse even more poignant to golf fans is that it happened to one of golf’s great gentleman.  He was a class act.  And we know that in large part to how he handled himself with the press the day of his 1996 Masters epic defeat.

To a professional golfer, losing the Masters the way Norman did does compare to a politician losing the presidency the way Clinton did.  So, when Norman walked out of the locker room to meet the press after suffering what some where calling the biggest collapse in golf history, how he handled himself was a big part of the story.  And how Norman handled the press that evening in Augusta, Georgia has become part of his legend — in the good sense of the word.

After about the umpteenth question from the press gallery about how it feels to lose the Masters after having a six-shoot lead in the final round, Norman smiled and gave his now famous line:  “I’ll wake up tomorrow still breathing, I hope.”

Norman smiled a lot that night.  And took defeat the way you would want yourself or your children or your favorite athlete to handle defeat.

To this day, when athletes suffer disappointing defeats, their willingness to confront their loss in public is often measured against Norman’s standard.

So, we need to know what happened in the Peninsula Hotel in midtown Manhattan on election night, not because of tasteless prying, but because history can’t be written without knowing how one of its most tragic heros handled herself on that fateful night.

So, where is the ‘Clinton bunker’ election night story?  CNN is alleged (by Klein) to have had a reporter in the suite with Clinton and her closest advisers.   It impossible to think the Clinton campaign, in anticipation of their historic victory, hadn’t arranged for journalists to personally witness her triumph.  The campaign most certainly did.

Its time to tell the story of that night.  Until the true story is told, fake news will continue to fill that void and, in time, if the real news doesn’t intervene, the fake news will be all we remember.  It will be the story of record.  And from what I’ve gleaned through my brief contacts with the fake news, right now, it paints Hillary Clinton in the worst possible light on election night.

By not appearing that evening at the Javits Center, Clinton all but ensured she would not gain the same level of respect Norman would gain from his defeat.  But most of us recognize politicians as imperfect humans and can forgive Clinton for not going on the stage that night.

However, eventually, we all deserve the story, particularly the millions of people that voted for Clinton and want to know they can be proud of their presidential candidate, in victory and defeat.