In 2006, the Alabama Crimson Tide football team finished the season with a 6-7 record.

There is no patience in Alabama for long-term plans. Win now, win tomorrow, win forever.

So what does the New York Yankees of college football do when it has lost its pigskin mojo? What do they do when its arch rival, Louisiana State (LSU), has beaten the Crimson Tide six out of the last seven years (2000- 2006) and won two national championships against Alabama’s zero?

You don’t change your offensive philosophy. You don’t switch from a 3-4 to 4-3 defensive scheme. You do the obvious. You poach your rival, LSU, and hire their head coach, Nick Saban*.

(* Nick Saban was actually the Miami Dolphin’s head coach at the time of his Alabama hiring, one year removed from the head coach job at LSU. But it was Nick Saban’s organization and players that still ran the LSU program under Les Miles in 2007.)

“I was seeking a coach who has a proven record of championship success and achievement,” Moore said. “Coach Saban brings that proven record of accomplishment and leadership to our program.”

And the result has been Alabama winning four out of the last eight national championships.

Creating a preeminent college football program is much harder than creating a nationally-dominate political party. The Alabama football team has to beat 13 to 14 football rivals every year to win a championship. The Democrats just need to beat one other team.

Across the thousands of elected positions in this country, just beat one party more than half of the time and you are back in the governing business.

How bad has it been for the Democrats in the last eight years and how tough will it be for them to reverse their minority status?  In terms of the percentage of national and state-level elective offices held, the Democrats haven’t been this bad off since the late 1920s.  If you want to read the gory details about the Democrats’ decline, go here and here.

Yeah, you could do that. And there’s a good chance it won’t work.

Or, you could just hire the Republicans’ brain trust to run your campaigns. And you don’t need to hire all of them, just the head coach: Kellyanne Conway. 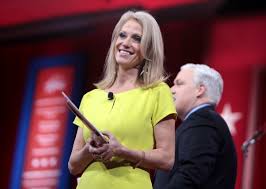 True, she has a good White House job and wouldn’t change parties anyway.

But don’t forget one thing: Conway is a Republican. She can be bought. Take all of those big dollar donations that will no longer go to the Clintons and fill up a few dump trucks, back them up into Conway’s front yard and say, “Kellyanne, this will all be yours if you teach us how to win elections again.”

We are still too close to this past election to fully appreciate what Conway did. She engineered the electoral strategy (“The Core Four” and “Breaking Down the Blue Wall”) that resulted in the biggest political upset in political history….make that HUMAN history.

You can give Steve Bannon, or Trump himself, some credit for this upset win, but they didn’t develop and implement Trump’s travel schedule and media buys. Kellyanne oversaw those data-driven tasks, and did so in such a viciously efficient manner that the campaign defeated an opponent that outspent them 2 to 1 (Clinton’s $1.2 billion to Trump’s $620 million). If not for some Russian hacking, FBI Director James Comey and a few ‘fake news’ stories, Clinton would have bought the presidency.  That our highest office could be bought is far more serious to the integrity of our democracy than anything the Russians could ever dream up. 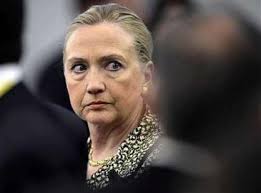 To explain Clinton’s popular vote advantage, look at how she outspent Trump, particularly in the non-swing states. It was raw hubris that led Clinton’s campaign to outspend Trump’s campaign in national TV ad buys in the last weeks of the campaign. National TV buys when you needed to defend your Rust Belt states?  Clinton’s staff was deploying resources to secure an electoral landslide when they should have been addressing their precarious situation in middle America.  Conway’s data team knew the status on the ground; Clinton’s didn’t, or worse, ignored the empirical evidence.  I would have attacked Robby Mook and John Podesta in a Stalinesque drunken rage on election night if they had bungled my campaign they way they did Clinton’s.

In political history, nothing approaches what Conway did for Donald Trump, a presidential candidate that lacked not just the qualities normally associated with U.S. presidents, but was a guy that gave us a mephitic brew of sexual assault fantasies, cultural insensitivities and a clinical exhibition of narcissistic personality disorder symptoms.  Add in some reckless syntactic ambiguity and you have a candidate that should have lost by 10 points in any other presidential election year.

A reference to military history is required to find an upset that comes close. When the under-equipped British navy defeated the “invincible” Spanish Armada of 129 ships in 1588, it changed the course of European history. And even that win for Queen Elizabeth I’s naval forces wouldn’t have occurred had the weather not handicapped 60 or more ships in the Spanish Armada. There was a lot of luck involved in stopping the Spanish from converting the British to Catholicism.

What Conway did for Trump wasn’t luck.

Of course, it will take more than one person to re-design the Democratic Party and turn it into a viable, governing party again. But Conway would be a good start.

There are no stars in the Democratic brain trust right now. Robby Mook, Joel Benenson, Amanda Renteria, Huma Abedin, and Jennifer Palmieri will collectively go down in history as the political equivalent of the White Star Line’s Captain Smith. 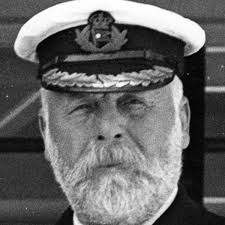 That’s what Alabama did and they are on the cusp of winning their fifth national championship under Coach Saban.

Coach Conway, don’t get too settled into your new job.  Soon, you may get a call and an offer you can’t refuse.